The premise of Rick Wartzman’s new book is a provocative one—that the long, painful decline of the American middle class can be traced in large part to business leaders’ betrayal of their own workers. In The End of Loyalty: The Rise and Fall of Good Jobs in America, Wartzman explores his thesis through the lens of four iconic U.S. companies: General Motors, General Electric, Kodak and Coca-Cola.

But Wartzman, a contributor to Fortune, the former business editor of the Los Angeles Times and a director at the Drucker Institute (as well as a board member of this publication and host of our podcast, The Bottom Line), is hardly an anti-capitalist flame-thrower. He gives full consideration to all the other factors that have eroded the middle class, from automation to the weakening of unions. His scrupulously fair and comprehensive analysis lends all the more power to his conclusion that a narrow-minded embrace of shareholder interests has perilously frayed the nation’s social contract.

Wartzman, who was recently featured on NPR’s Fresh Air with Terry Gross, also sat down for a conversation with historian and business owner Darryl Holter. 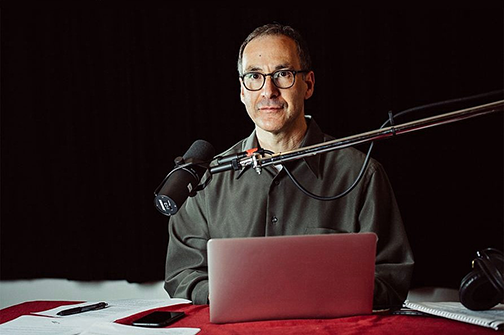 Darryl Holter: You begin your narrative with a meeting of American business leaders, who were part of the Committee for Economic Development, at the Harvard Club in 1943. There was a consensus on a new social compact between employers and employees. What were the factors that brought these people together at this moment and what did they really hope to achieve?

Rick Wartzman: There were several things going on. First of all, there was great fear. There were tens of millions of servicemen about to return home from war. And there was concern that there wouldn’t be enough jobs for them and that America might tumble back into a depression even worse than the Great Depression of the 1930s. There was, in turn, the fear that if we had another Great Depression that the country might tip into socialism or, God forbid, even into communism. It was Harrison Jones, the chairman of Coca-Cola, who said, “A great unemployment wave becomes a sea bed for -isms.”

I think the other thing, though, is that there was a feeling of responsibility that corporate leaders then exhibited toward their workers and toward their workers’ families, wanting to provide for them a decent life. This extended all the way through things like health care and retirement security, as well as good job security. Some of this could be chalked up to paternalism. But there was also an ethic that, “We’re all in this together.” America had just come through the Depression and the war, and it was more of a “we” culture than an “I” culture back then.

DH: Don’t you also think that the enhanced position of organized labor was a big difference? They won the right to do union shop agreements in exchange for the no-strike pledge during the war. They were really in a new position.

RW: Absolutely. At the beginning of the book, I focus on organized labor, especially the United Auto Workers led by Walter Reuther, and the Electrical Workers led by Jim Carey. I focus on labor so much not because I wanted this to be a labor versus management book. It transcends that. I focus on unions because they were so important in forging the social contract in this postwar Golden Age.

The lesson, I think, is that when we reached a tipping point of 25 percent to 35 percent of the private sector workforce being union members, there was a tremendous spillover effect through the rest of the economy. The upshot was that even those who didn’t carry union cards benefited greatly from what unions were able to win at the bargaining table. Even white-collar workers’ benefit structures were patterned after what unions were able to win. The gains by the big industrial unions really helped lift everybody’s boat.

DH: I detect that there was also the business antipathy to government—they feared if we don’t provide these programs, the government will do it, and that would be worse.

RW: That’s right. This really was an effort among business leaders to set up a private welfare state. They wanted the government to have some role, but they wanted it to be limited. Marion Folsom at Kodak, for example, was instrumental in the founding of Social Security back in 1935. He wanted some government safety net, but that was meant to be minimal. Companies really saw it in their own interests to provide for their workers. They did this in part for ideological reasons where they didn’t want too much of a government footprint in the economy.

DH: You describe in the book these strikes—at General Motors, at GE—that really challenged the notion of labor-management cooperation. They were resolved, but they were volatile.

RW: I think what that shows is that while there was a brief period of industrial peace, signified by the so-called Treaty of Detroit between General Motors and the Auto Workers in 1950, companies were always uneasy about organized labor. Some didn’t like unions cutting into their profits. Others didn’t want this third party intruding on their ability to communicate directly with their workers.

During this brief period of labor peace, which lasted only about a decade, there were certainly some advantages to business. Some companies, for instance, began to appreciate that five-year contracts could bring about stability, allowing them to plan a little more easily. Grievance systems were set up so that workers could have an outlet for their frustrations.

Ultimately, though, those positives weren’t enough to overcome a deep distrust and disdain for organized labor that most of management has always had. And by the late 1950s, management began to take a hard line against unions—and it would only get harder over time. Today, fewer than seven percent of private-sector workers are union members. And while some of this can be blamed on organized labor’s own missteps, the biggest reason for the decline of unions is that companies have set out to beat the hell out of them. Corporate America has really ground down organized labor through means both legal and illegal…

Continued at at Loyalty Down: Rick Wartzman Discusses How Business Leaders Betrayed the American Workforce

¤
Capital & Main is an award-winning online publication that reports from California on the most pressing economic, environmental and social issues of our time. Our mission is to expose threats to the public interest and advance progressive ideas and policies in the nation’s most populous state and one of the world’s most influential centers of commerce, culture and technology.

Winner of the 2016 Online Journalist of the Year prize from the Southern California Journalism Awards, Capital & Main has had stories co-published in more than 30 media outlets, from The Atlantic, The Guardian and Fast Company to Huffington Post, Salon and BillMoyers.com.