Leonard Cohen: A Crack in Everything

The world-renowned novelist, poet and singer/songwriter inspired generations of writers, musicians and artists. For decades, Leonard Cohen tenaciously supplied the world with melancholy but urgent observations on the state of the human heart. 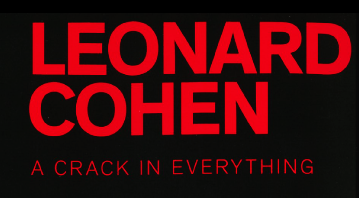 Situated between monograph and devotional exercise, this visually striking publication documents a unique exhibition and pays homage to a global stars enormous cultural achievements. Visual artists, filmmakers, performers and musicians from around the world revisit Cohens words, songs, and biography with new perspectives.

Also featured are artist statements from each of the 40 participants including Julia Holter.
Read More Here

Julia Holter contributed a cover of Cohen’s Take This Waltz, which will play on rotation in the Listening Room. “I enjoyed getting into the feeling of this passionate, seductive, demented waltz,” says Holter, who incorporated field recordings she made during a visit to the Greek island of Hydra, where Cohen had a home. “Being there was incredible,” she says.

For Holter, being invited to contribute to the show is the perfect way for her to give back to an artist she was introduced to as a child and who inspired her love of poetry. “What was special about Leonard Cohen’s work was its calm mystery. I think that can be an inspiration to the world right now,” she says. “The world needs this subtle beauty right now.”
Read More Here at theguardian.com 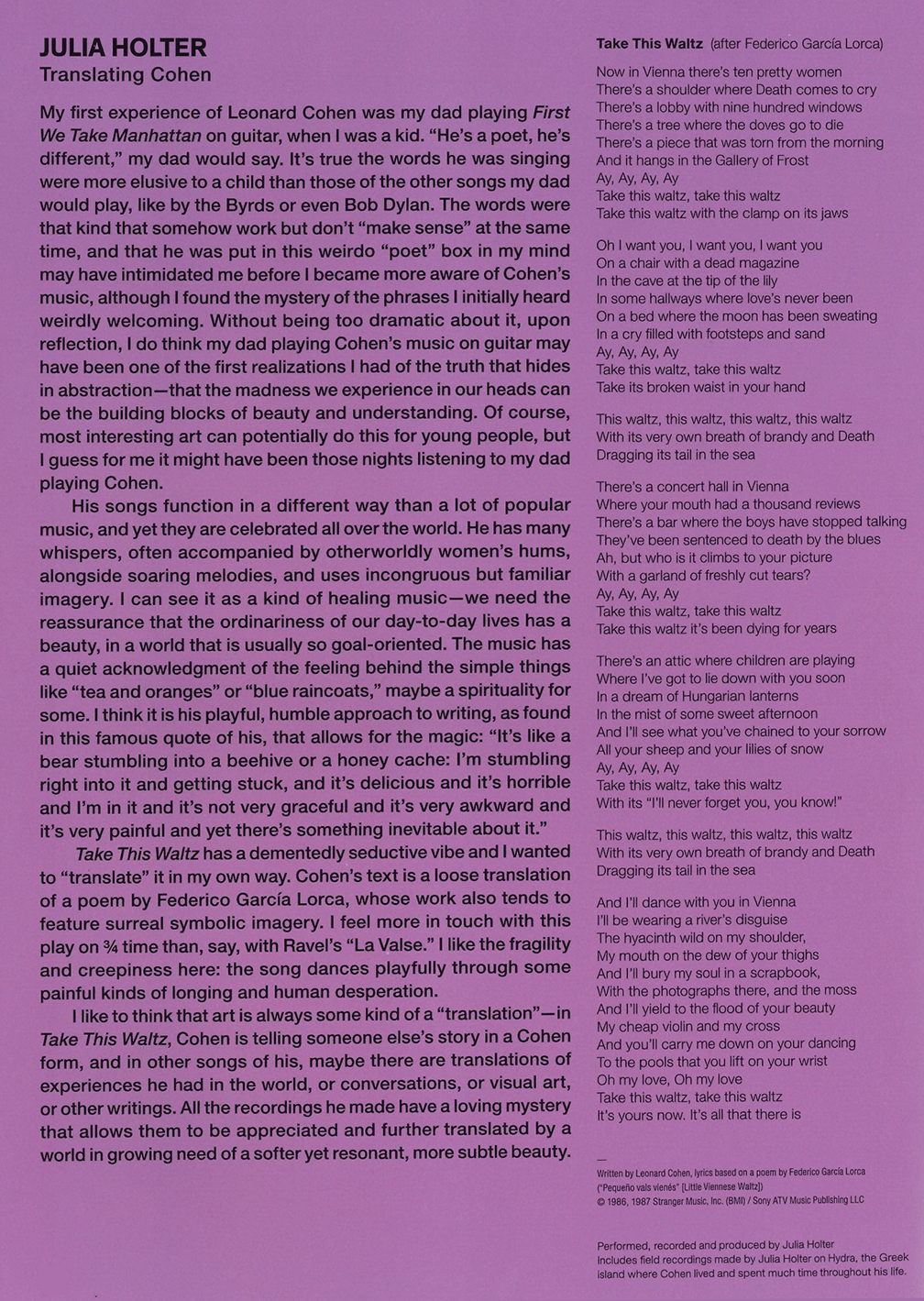 Presented by CBC/Radio-Canada, Leonard Cohen : Une brèche en toute chose/A Crack in Everything is part of the official program for Montréal’s 375th anniversary celebrations. The exhibition is inspired by the world of Leonard Cohen and the great themes of his life and work. This major exhibition is the first to be entirely devoted to the imagination and legacy of this great singer/songwriter, man of letters and global icon from Montréal.
Read More Here