WASHINGTON, D.C. – This week, Congresswoman Rashida Tlaib (MI-13) introduced House Concurrent Resolution 102, a new resolution recognizing the need to establish a new royalty program that would directly compensate musicians with a fairer royalty payment every time their music is listened to on a streaming music service, like Spotify.

“Streaming has become an increasingly popular choice for people to enjoy music, but unfortunately while streaming services and record labels continue to make tons of money off of these platforms, the artists who make this music are not seeing shared prosperity,” said Congresswoman Rashida Tlaib. “Artists are making well below a penny per stream and too many are not able to make ends meet. Detroit is one of the centers of the music world, the birthplace of Motown and techno and so much more, and we are home to thousands of musicians and artists who deserve fair compensation for their labor. This resolution is about sending the message that Congress isn’t going to tolerate artists being taken advantage of anymore.”

Spotify, the world’s largest streaming service, paid rights holders an average per-stream royalty of $0.0030 – at that rate, it would take more than 800,000 monthly streams to equal the wage of a full-time worker earning $15/hour. According to the UN’s World Intellectual Property Organization, even the current meager streaming rates are declining every year.

The lack of transparency in streaming music services like Spotify, Amazon Music, Apple Music, and YouTube has created an environment dominated by private deals with powerful corporations, payola, predatory pricing, and other practices that would be illegal in traditional media.

H. Con. Res. 102 comes as artists, and workers as a whole, are demanding economic justice on the job and in the workplace across the country. The resolution is co-sponsored by Congressman Jamaal Bowman (NY-16).

“To buy an artist a cup of coffee, you would have to stream their song about 1000 times,” said Congressman Jamaal Bowman Ed.D. “Streaming services wouldn’t exist without artists choosing to share their music through these platforms. Yet, while streaming services are making billions every year, the artists that allow them to exist are making $0.003-$0.005 per stream. There are artists and musicians in every community around our country who deserve to be paid for their work, and Congresswoman Tlaib’s resolution would work to ensure they’re fairly compensated. My district includes the Bronx, the birthplace of rap and hip-hop, and there are many artists who are looking to follow their creativity, but also need to pay their bills. The music industry can and should work for everyone – not just those who are fortunate enough to go through the traditional route of record labels. Ensuring streaming services pay their artists a fair wage is just the start to making sure the artists in our communities can pay their bills while following their passion.”

The resolution is supported by artists across the globe and  was created with input and guidance from the Union of Musicians and Allied Workers, which launched the Justice at Spotify campaign in 2020. 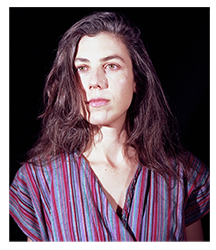 “The streaming payment model has never been properly set up to fairly compensate artists and now is the time to fix this,” said musician Julia Holter. “With a streaming royalty that would go directly to both featured and non-featured musicians on recordings we finally bring fairness for artists.”

“Music, like many other industries, has been disrupted by online platforms that succeed in part by not paying labor fairly,” said musician Damon Krukowski with the Union of Musicians and Allied Workers. “As these heavily capitalized tech companies boom, musicians themselves are hurting. UMAW has worked with Representative Tlaib to design legislation that would help redress this imbalance by directing some payment from streaming platforms straight to artists. These kinds of direct payments already exist for other formats, like satellite radio. Streaming needs to be held to the same standards as previous technologies for sharing music.”

The full text of the resolution can be found here.