In “Crooked Hearts,” his third album, Darryl Holter offers up dark tales of love and heartache, betrayal and crime. 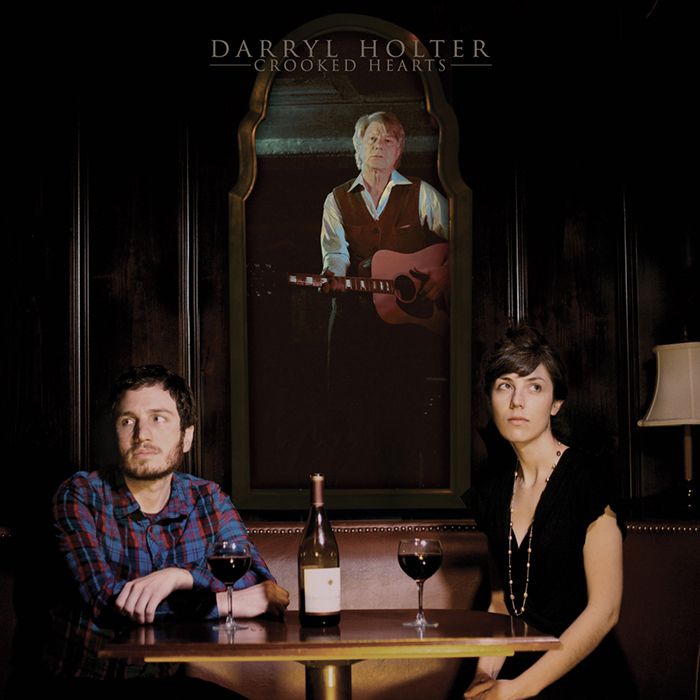 Darryl Holter’s critically acclaimed album, “Crooked Hearts” was ranked #5 on the “Best of 2012” list by the magazine Country Music People.

Meanwhile last week the album’s title track, “Crooked Hearts”, moved from number 3 on the “Up and Coming Chart” and onto the “Main Country Chart” for the first time, coming in at #42 with more than 1100 spins at 26 radio stations. “This song is having a pretty good run,” said Bill Wence, Nashville-based musician and radio promoter. “We will be interested to see how high it can go.”

Here is a huge talent. Country/Americana singer-songwriter Darryl Holter currently lives and works in L.A, but is originally from Minneapolis. Apart from music, this is the singers third release, he also writes books. 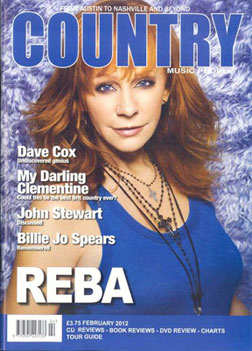 Crooked Hearts begins with Dave Alvin’s 1998 song Mary Brown. The new version of this dark song sounds even darker and more ominous with Darryl Holter’s powerful vocal, and the wonderful steel guitar. In the 1960s Bob Dylan wrote a song called, Love Is Just A Four Letter Word. He doesn’t seem to have ever recorded it but folkie Joan Baez did, and now Darryl Holter has. Here it becomes a thoughtful country song with a short solo vocal by the singer’s daughter. The other stand-out cover version (they are all highly original), is Richard Thompson’s Walking The Long Miles Home. My ears rebel when any English folk music is heard and I detest the original version. This however, is a gigantic improvement, the track becomes pure country, with fiddle and steel guitar. Very reluctantly I have to say that Richard Thompson is a fine songwriter, pity he sings! The bell at the start of the track is a neat touch. Other cover versions are a beautiful, haunting version of Benmont Tench’s Why Dont You Quit Leaving Me Alone and country ballad I Aint Blue, which has a sensitive, understated vocal by Holter.

This disc is not only about cover versions, Darryl Holter writes songs as good as the covers. He is a storyteller, title track Crooked Hearts tells of a man and woman off to a robbery. There is a kind of desperation in the characters, which is brought out by the superb vocal. The dark romance of Take Me Away has the lyric,” delete all the promises”. A street in Paris features in Mouffetard Noir, a track that captures France and the cafe society, with smoky late night jazz clubs. This is songwriting of a very high standard, it feels like Leonard Cohen on peak form.

The final track, Midnight In Cologne combines the melody of an old jazz track from 1974, by Keith Jarrett, with new lyrics. This beautiful piano led ballad provides a perfect end to an astonishing disc, from a singer who deserves
to sell millions of discs. This album has everything, fantastic songs, great backing tracks, a producer at the top of his game, and at the centre of all this Darryl Holter, one of the very best singer-songwriters in the world right now. For this disc only eight out of a collection of 40 songs were chosen, hopefully the others, will soon be, “chosen”. Darryl Holter may be a genius.
– Paul Riley

A blast from the past from a guy who’s been there.

Darryl Holter is a kindly looking grey haired gent whose appearance on his album cover might make you think he’s the kind of guy who sings for his supper in folk clubs and cabarets. Well as the man said you can’t judge a book by the cover and an initial listen to this album reveals a man who has a firm grasp on the American folk and protest tradition.

Although he’s only been recording over the past few years, this his third album is a fine collection of self penned songs and a few covers performed in the manner of some grizzled veterans of the sixties. In particular it reminds one of Chip Taylor’s recent releases and especially of the albums released by Bob Neuwirth in the eighties. Apt indeed as it turns out that Holter was a contemporary of Dylan and Neuwirth and attended the University of Minnesota and was a habitué of the Dinkytown scene following the likes of Koerner, Ray and Glover. Although able to perform the contemporary song staples Holter went on to carve a career as a historian of left wing movements only returning to music as a fully-fledged grown up.

Able to deliver acoustic blues, country tinged rollicks and sensitive songwriterly musings its testament to his talent that he’s able to garner guests such as Dave Alvin, Benmont Tench and Greg Leisz, Leisz in particular adorns the album with some fine pedal and lap steel playing. Opening with a tremendous version of Alvin’s murder ballad “Mary Brown” Holter also covers Dylan’s “Love Is a Four Letter Word” in a manner that is reminiscent of Phil Ochs while Richard Thompson’s “Walking The Long Miles Home” gets a country makeover. Of his own songs “Rue Du Pont Au Chou” is a magisterial piece of biography and is fully explained on his very interesting memoirs on his website. Overall a very interesting character and a very sweet album.

Crooked Hearts Gets Another Great Review – in France!

“This is the third album from a songwriter who sings about love and heartbreak, one after the other, and betrayal and crime. For once the keyboard is not over-used in this type of music and Darryl has had experience in Europe – with two titles named after streets in Paris (Mouffetard and Pont au Chou) and another called “Midnight in Cologne.” Apart from a modern country rock song and a slow blues number, the remainder of the album is Americana stories, of which “November Rain” seemed to be the most successful. And the icing on the cake is provided by a superb western ballad, “Mary Brown” with Dave Alvin sitting in. Darryl has really good taste and you will find this to be a very pleasurable album.”

“Crooked Hearts”, the title track of Darryl Holter’s new album, inched up to number 17 on the nation’s “Up and Coming” chart listing. The song – a bittersweet story of love, theft and betrayal – debuted at number 25 three weeks ago. The weekly report from Spins Tracking System showed Crooked Hearts with 698 spins on 24 radio stations.

“It’s tough for an independent label to move up in the ranks,” said Nashville-based radio promoter. “But Crooked Hearts has found an audience in quite a few markets around the country.”

Thirty-nine radio stations in the U.S. are currently airing songs from Darryl Holter’s new album “Crooked Hearts”. Another nineteen in Europe and Australia are also playing tracks from the album.

One station – in El Paso, Texas – is giving the album “medium” play, which means 20 to 29 spins per week. Nineteen stations in the U.S. are playing songs from the album 1 to 19 times per week.