A hearty blend of rock, country, and blues with lyrics worth listening to.

Holter went to the University of Minnesota for college and as the Vietnam war escalated, he became involved in the anti-war movement. This led to protest songs by people like Pete Seeger and Phil Ochs. In graduate school he worked as a teaching assistant and got involved in organizing a union. Soon he was doing old labor union songs and writing a few of his own. Holter wrote about 40 songs over the course of several years. Taped on a little cassette and then tossed into a drawer. He wrote 40 songs that no one had ever heard. Then finally he decided to take the best songs and recorded a CD. Holter teamed up with Ben Wendel and together they selected the ones to record. As they neared the end of the recording sessions, Darryl had the urge to write new material. Out of this desire came “Don’t Touch My Chevy” and “Blues in Your Pocket” and they added them to his first album.

Though this is Darryl Holter’s first CD, he is no novice. This collection of of 13 originals displays a dark view of the American landscape that can only come from an experienced songwriter.” – Vintage Guitar Magazine, April, 2009

A reflective and thoughtful debut

Delve and delve deeply into the life and lyrics of Minneapolis born Darryl Holter, and you’ll find a storyteller, one who has lived richly against the backdrop of his folksy tunes. From his liner notes, we learn his musical hero is Bob Dylan. We also learn Holter played on picket lines with Pete Seeger. These two influences shine out, and brightly, on an album, that by contrast, is truthfully moody.

Tracks like “Living On The Edge” with its tough times and low spirits, captures the lyrical truth: “The setting sun, the rising moon, the memories forgot too soon, the vacuum sucking up your breath, somewhere between life and death, living on the edge,” all the while showcasing Holter’s sensitivities for the human condition.

The probing relevance of “I Should Have Seen It Coming”, a weathered look at the need to check before you buy, be it life or love, is a tune that sits well here on this, Holter’s debut. So, too, are over-time favorites “Best,” a dirt road tune of travel and distance and how it makes the heart grow fonder; also in the mix “Gambler’s Holiday,” “Cardboard Lover” and the Parisian travelogue “Left Bank Blues” – all tunes with a message, carried by a sincere voice with worldly experience.

Darryl Holter ain’t for everyone. I suspect he isn’t trying to be. However, his music is an ideal shadow to the life and times we may have lived, at least those of us with a wrinkle or two and a few miles on the dash.

“These songs are stories from my life,” he says, talking about the album. “It’s my personal musical journey from country music to folk, protest songs to blues, and finally, to whatever it is that I do today.” 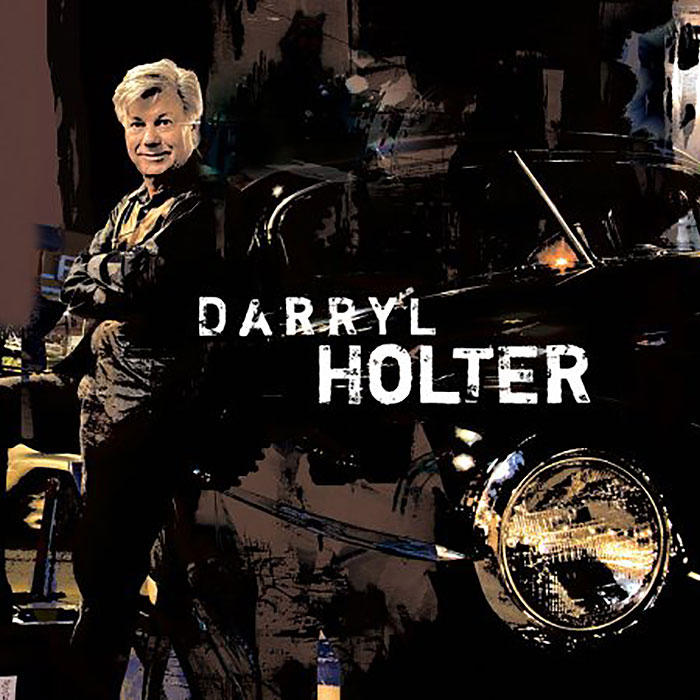 Darryl Holter’s music is hard to pigeon-hole. It brings together portions of rock with country, folk, and blues tones and adds bit of pop. He grew up in Minneapolis with the music of Bob Dylan and music scene on the West Bank of the Mississippi, and then Pete Seeger, Phil Ochs, Arlo Guthrie, and other folk pioneers. But apart from playing the guitar, Holter never really made a career in music. It was only when he moved to Los Angeles that he began to write songs that moved away from the politically charged protest songs of his idols. Over the course of several years, Holter wrote more than 40 songs dealing with everyday, but important things, like love and lost loved ones, memories and imagination, sometimes with humor, sometimes dark. He stopped writing new songs for a few years. Then he decided to select about twelve of his favorite songs and make a CD.

This debut album can be best described as incredible, all the more surprising since Holter has no professional music experience, stage experience, or performances to his credit. Sometimes it’s the rocking sound of “Don t Touch My Chevy” that we hear. Sometimes it’s an atmosphere of reflection, as in “Time and Space” with its wonderful pedal steel guitar work. “Living on the Edge” creates an atmosphere of loneliness in the big city. “Should Have Seen It Coming” benefits from the great, Knofler-like slide guitar work of Tim Young and Greg Leisz.

Darryl Holter spared no effort to make this a great album. He brought together a group of excellent musicians and recorded at Capitol Records in Hollywood. Even the album cover is nicely done and the overall production, the total sound, is handled with care. All in all, it is a convincing debut, timeless and full of diversity.

“He’s seen a lot of life and knows how to make songs out of it. He does vocals and guitar on these folk-rock originals, all built up with strong country currents and blues underpinning. At their best, the songs bring to mind a sort of Dylan meets Springsteen meets Gram Parsons. This is Holter s first CD, but his musicians are all top-shelf professionals and the large, partisan crowd enjoyed a tightly-scripted set of songs.”